& the exact place where magic is born

A festival curated by me along with Ratika Singh under Creative Interruptions (AHRC) won the international impact award at University of Strathclyde, Glasgow, Scotland.

A picture taken as part of our Mela looking at Indian craftsmen won the runners up award at University of Strathclyde, Glasgow, Scotland.

Designer in Residence invited by Door to Asia with support from the Japan Foundation as the Indian representative amongst 8 Asian designers. The focus is on innovation for the Tsunami affected companies in Tohoku, Miyagi Prefecture, Japan. An effort is also being made to initiate new local produce based businesses.

Artist in Residence invited by the city council of Carballo, La Coruña, Spain

A Return to Circles

Connect on Linked In

It takes 400 repetitions to create a new synapse in the brain, unless it's done through play, in which case it takes between 10 and 20 repetitions

Process is the reward

and other things that are true

This video was made by the talented and lovely A&Y to document the artist residency of the International Rollercoaster Club that I organised at Uttarayan Art Centre in Baroda, India with my talented artist friends and colleagues from India, Japan, Austria and Spain - we shared an electric month of creating and sharing ideas together and Alber and Yago created this beautiful video capturing the energy of us all together working away. Also check out this little post about our residency by my friend and the amazing artist Iria Do Castello.

The Indian Connection {IRCC} from Alberto & Yago Videography on Vimeo.

Inspiration exists, but it has to find you working.

I'm very lucky to have a handful of dear friends in Delhi who are incredibly talented musicians and wonderful chefs,  which naturally makes for a great weekend plan!

We are  Ikigai . We make music mostly on the weekends as we work on weekdays on art, design, film, photography, engineering and other varied professions. Here are some rough recordings - more in the works. 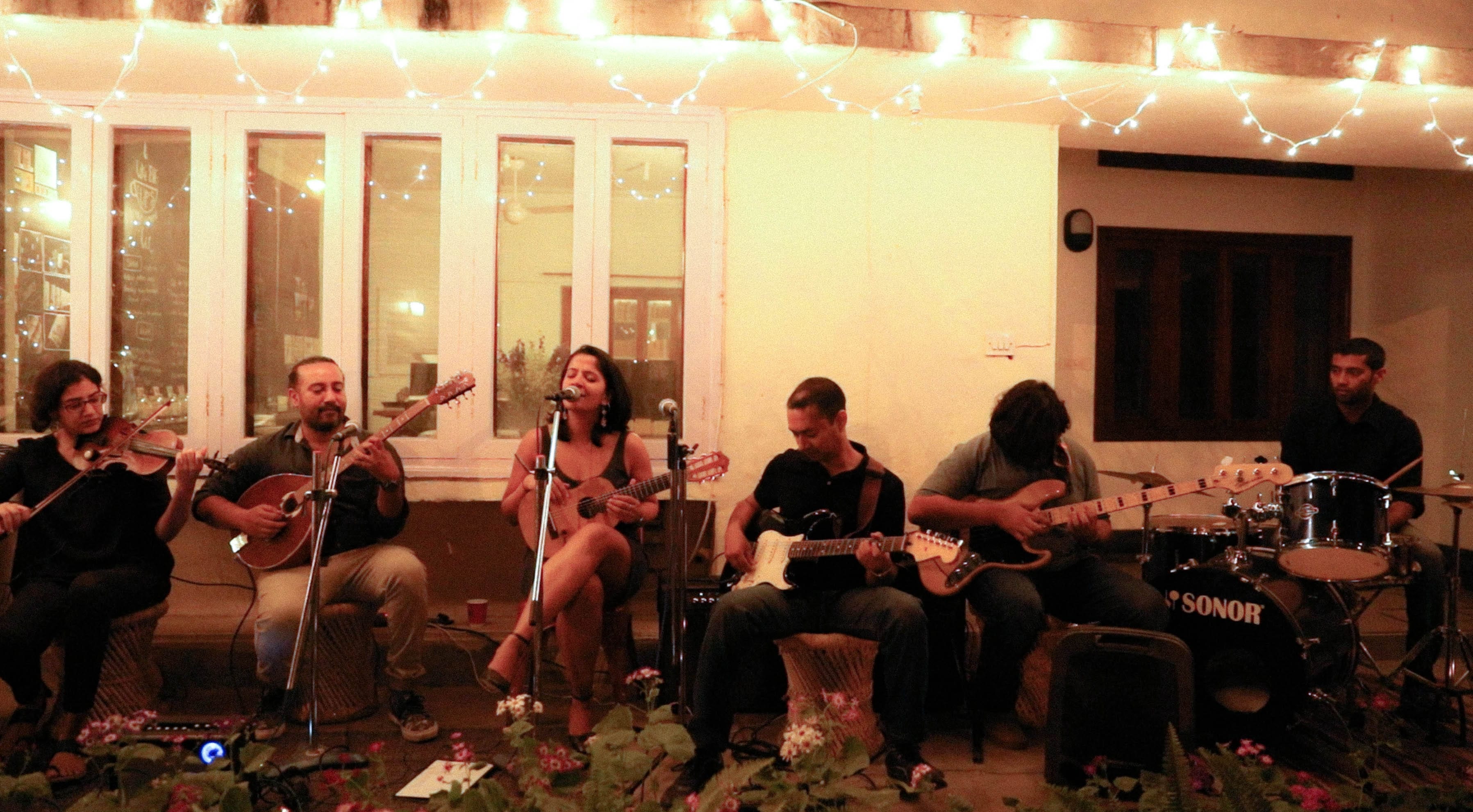 Jamming at home with my Uncle Rahul Sharma, who was visiting us from Chicago. This is the first time we met! He's a legend of a man. He is a psychologist by day and sitar maestro and bass guitarist band with his Chicago based band Funkadesi by night.